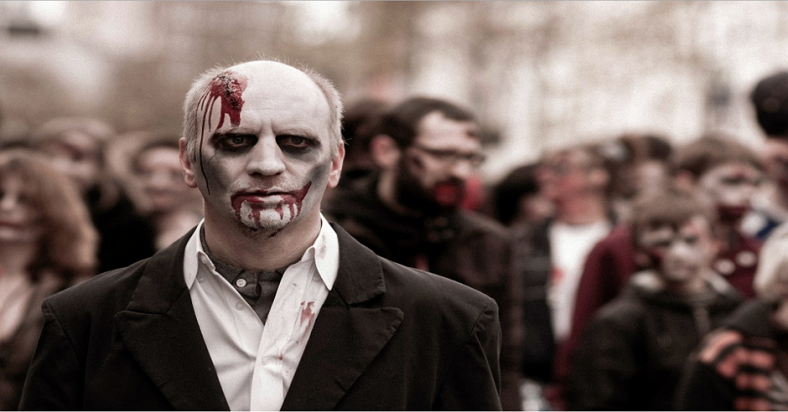 This Weeks Prompt is: 16. The walking dead—seemingly alive, but—.

Dear necromancers of our esteemed society, we’ve discussed something similar to this before. There we outlined the Revenant, the Daugr, the Zombi(e), and the Ghul. With all this, then, what more is there to say?

Well, to begin with, how may the tradition of the zombie be overturned? Mr. Lovecraft’s plot seems to indicate that the walking dead are far more human then those Grimes deals with. They are alive except in one particular way. There lies the rub. Just what, in essence, are they missing?

The traditional notion is intelligence. Zombies ‘eat brains’ and are mindless shambling hordes, a typical commentary on consumerist culture in many sense. Alternatively, the Haitian zombi lacks intellect in its soul, and thus is mindless in its service. This however is precisely why it should be avoided. If it is the norm, then the space has been worn thin. I mean this variant even has a song!

Warm Bodies posits a stranger zombie, one who’s inhumanity is caused by a lack of compassion or love. This notion, as admittedly peculiar as it is, is repeated in another equally surreal source: A Zombie Christmas Carol. Strange tidings indeed. ‘Inhumanity’ takes on a new meaning when compassion quite literally saves one form becoming the sort of thing that preys on their fellow man. Again, very subtle in commentary.

Another oddity is the short story ‘Re-Possession‘ by Geoff Gander. While the story is far from perfect, the notion of zombies as simply will-less humans is an intriguing one. It completes the triumvirate of body (brain), mind (will), and soul (compassion). If we are to create the walking dead, what else could they lose? 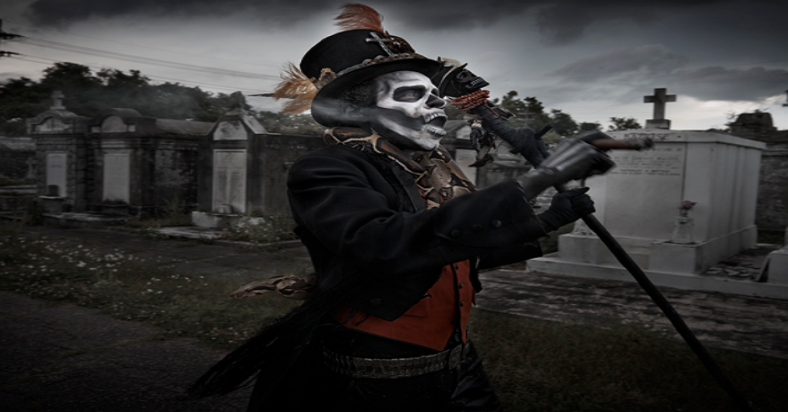 To stick to the non-physical for the time, they might lack inhibition. Rarely are the risen dead shown as…well, uninhibited louts. But there is precedent, with figures like Baron Samedi, and the connection between life and death particularly grows in this area. After all, what have they to lose? They’ve already died! Such a story might deal with the consequences of dead rising and releasing hidden desires. What of the minister? The grandparents? The authority in general? Why in the right community, it would be terror and havoc!

To move then to the physical, perhaps like the Chinese vampire, they are subject to rigor mortis? Zombies have this already, shambling about, but if they were other wise alive…oh, brothers and sisters what a hell that would be. Unable to move, perhaps unable to even speak, yet alive. Alive and unable to die, for one has already died. Of course, this contradicts the ‘walking’ part of the prompt, so as entertaining as it sounds, perhaps it is best left alone.

What if they had an impaired or heightened sense? What if the dead saw more clearly the world around them? The dead often have hidden knowledge (This belief is the origin of necromancy after all) and certianly Mr. Lovecraft would say dealing with a creature that looks human but has a greater knowledge of the ‘truth’ of the world would be terrifying. What alien thoughts would the dead have, no longer inhibited by survival instinct and seeing or hearing or smelling things that stand past the horizon? Terrifying indeed.

Of these, I find the lack of inhibition an easier story. So how shall we proceed? Well, first what time and place should this take? If we want the greatest impact, the greatest revolution and disgust, then the clearest example to me seems to be those beloved by Lovecraft, the Puritans. Revolted by pleasure, and no doubt distasteful of the dead (as any good christian ought be, before Final Judgment), a great amount of terror could be built that way. OF course, the trick is to find away to lure the modern reader into over a hundred year old mindset.

Alternatively, the Puritans themselves might present a horror. If contrasted, the Puritans and the inhibition free zombies make a rather nice dichotomy. Neither is desirable, in fact, neither is healthy either. The Puritan mind, so ridged and uncompromising, is as dreadful as the dead risen and riotous, ready to do as they will. If we pick the right narrator (a child perhaps, or a woman) they may fear the puritans order as much as the zombies chaos. There is great opportunity here, I believe. We must move carefully then, fellows, lest we spoil the corpse.

6 thoughts on “Here We Are Again”