To His Sacred And Imperial Majesty, Great King of Cairo, Commander of the Faithful,

Your faithful servant has much witnessed many miracles in his travels. The men of the hills and their idols, fearful things along rebellious Aegean shores, and beyond. So he reports thus a mission both fruitful and tiring for his form, to that most ancient of lands Egypt.

His report must begin thus: While returning from the tasks your Majesty had assigned him in foreign lands, for the betterment of all people, your servant heard a strange rumor in Cairo’s dockyards. The rumor was something of a story that the Jewish people tell, of thirty-six righteous souls that preserve the whole of the world from the judgment of God. It was a story your servant had heard in years before and years since, and of itself was little to report.

But of greater interest was the storyteller’s insistence that he had seen these very men, in a distant farm along the Nile. There, the man said to your Majesty’s servant, they all had gathered in order to combat an enraged djinn that the Prophet Sulieman had bound in the earth at the height of his kingdom. Your servant was of two minds regarding this tale.

The first was that indeed there was a group of wise men, doing some holy meditations as the Christians say the desert fathers do or some of the Sufi’s preform. In which case, their wisdom would be for the beneficence of your majesties reign, as their wisdom could aid in all things under the sun and bring about great victories for your Majesty.

The second was that, given the past your Majesty’s servant has had seeking out strange and remote places, these men were charlatans and sorcerers. In this case, they ought be sought either to lend their talents for your Majesty’s victory or, if they are unwilling and in service of futile rebellion, put to the sword to end whatever darkness they preform. Either way, I made my way down the Nile to investigate this further. The flood was particularly swift that year, so the journey down was swift.

The location of the gathering was, according to the riverman, well known to be in southern Nubia. There, beneath a pyramid, the conclave could be found. He warned your servant, however, that some disturbances were rumored to have come from the desert. Your servant gave these warnings perhaps too little heed. 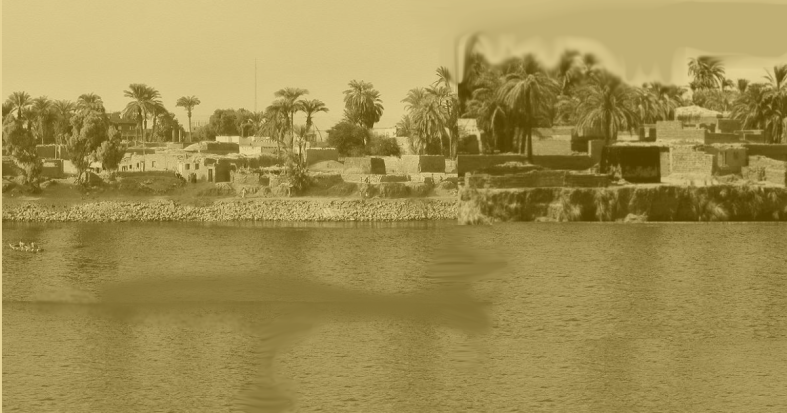 The first village along the shore your servant arrived at was fractious, and found your servant’s arrival an affront against them. Your servant explained he was not from the local pasha, but rather from a farther off land, in search of supposed wise men. They were still disrespectful to your servant, who learned hence that the village was many rebellious ones in that year. Given this, what occurred later was of little surprise.

The villages eldest, however, recalled the tale that had reached the ears of your Majesty’s servant, and directed him further inland. There, the eldest said, your Majesty’s servant might find the men who knew of the ancient clergy that dwell beneath the earth and their battle with Iblis. Your servant thanked them and continued along the path.

Suffice to say your Majesty’s servant was greatly misled in this. As he traveled through the desert, he was waylaid by horsemen armed with spears and crude sickles turned into swords. Your Majesty’s servant, lacking in the arts of war and being a scholar by trade, was quickly captured and brought back to their distant camp. Here he overheard them speaking of ransoms or murder for your servant’s great transgress of having a righteous lord. Here he learned that he had been betrayed. 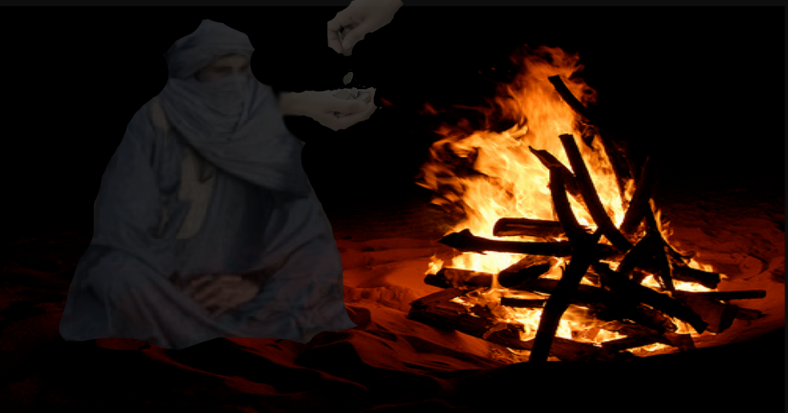 By what was over heard, your servant fears rule of law has begun to slip in the region. Bandits are growing bolder, more numerous, and the remains of older orders are starting to rear their ugly head. The disuptes seemed trivial, even out here. Support for rulers who your Majesty’s elders rightfully displaced had found fertile soil with recent droughts. As food failed to grow, resentment was brewing. Your Majesty’s servant held his tongue, and did not speak out, for he cowardly feared for his life. Still, he has sent word to your Majesty’s right and honorable swordsmen.

The exact conditions of your servant’s escape are perhaps evidence of the beneficence of G-d. Or perhaps the arrogance of defiant subjects. After all were asleep, your servant was granted a miracle.

For while he was bound and gagged at the camp site, your servant found that one of the bandit’s had left abandoned a sword in the sand. Carefully, your servant crawled on his belly like a serpent to the sword, unsheathing it with some difficulty using his neck and chin as makeshift hands. With some caution he then freed himself, cutting the bonds on the blade. Able to wield it properly, your servant cut his feet free and removed all impediments to his escape.

Still, your servant was in the desert and lost. He knew not where the men of legend and righteousness were, nor even where the grasps of civilization lay. His only clue, that night, was the path of a dog he found wandering in the desert sand. Your servant reasoned that, if the dog was alive, it must be going somewhere it knew, somewhere with water and possible food. Your servant’s choice was aided by the sound of waking men in the camp, who had made clear they deisgned to kill him.

Your servant wandered thus, after phantom footprints until dawn. The cold of the desert night and the silver of the moon preyed on his mind more than once, deluding him to thinking he was in the realm of the pagan dead, where shades wander. But the rise of the golden sun, and the gust of heat it brought over the world, dispelled that notion rather soundly.

It was at dawn that, in the east, your servant saw the tips of the pyramids promised. They were not as wide or grand as those near Giza, but rather like spear heads rising from the earth. There was a small village near it, which your servant now approached cautiously. Here he found men who spoke freely, having little apparent fear of strangers coming from the desert. They were confused by your servant’s claims of your Majesty’s authority, and even laughed at the telling of your authority. Your servant would have pressed the issue, but considered it unwise.

The young men your servant found around the pyramids took him inside, and gave him good food and rest. When your servant asked after the thirty-six holy men, they told your servant that he should rest and eat, for approaching their kings while in such a state may kill him. Your servant unwillingly obliged, satisfied that at last safety had been reached.

When your Majesty’s servant awoke, it was well into the night. The moon had risen to near it’s full, altough it was a new moon and thus marked by the absence of light rather than it’s prior silver splendor. The stars alone cast some light on the soft sand and dirt, and even this required a torch to be guided through to be of any use. Your servant was then lead by one of the native guides towards the pyramids, where a set of black steps were now revealed.

Here, they told your servant, was where the wise men did their work nightly. For by day they slept, to better have energies for their holiest of works.

Your servant was lead then down these stairs to a room that was made of perfecltly locked stoned. Painted along the walls were the sigils of the Egyptians from the days of the prophet Moses, images of sun worship and cats. A great pair of beasts were resting there, something between desert dogs and donkeys. They raised their heads, which had something of a crocodiles teeth to them, and seemed distrustful of my approach, until the guide tossed some meat at them.

“You are our honored guest, they are over zealous guards. If your master is who you say he is, then he is deserving to hear of our great work.” The man said, wiping his hand on his robe as we turned a corner beneath the pyramid.

And there I saw a terrible sight. Thirty six men, in the headress of pharaohs, each with golden masks and well kept beards, stood in a wide circle. At the center of the circle they held something fast with each of their thirty six hooks. Each struck it back with their flail, chanting in a tongue foreign to my ears. 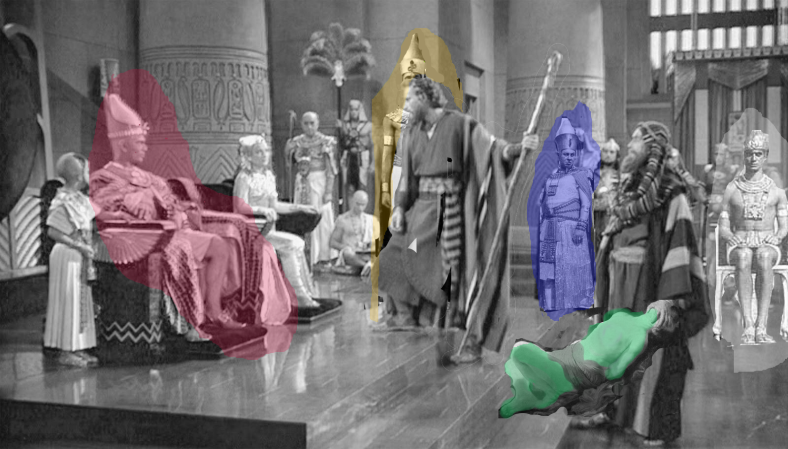 But it was the thing, the thing they struck that struck me with horror. For it appeared to be a child, beaten and bloodied so greatly that I could not tell beneath it’s rags whether they were boy or girl. It cried out pitifully at each wound. As I stared horror struck, I realized each cry was for help in a different tounge. Greek, Aramic, Arabic, Persian,French, the tounges of the distant east, tounges I had never heard. It cried out again and again. At last I turned to my guide in rage.

“What deception is this? This is what you are proud of, this is what you call holy work?” I said, nearly snuffing out our late when I reached for him.

“Of course it is holy work! Or are people beyond blind to decievers now?” the guide said.

“The child is no child. It takes many forms, every night, that it might by mercy escape into the world. For it is the king of dreams the men here battle, a proteus of chaos and terror.” the guide said, frowning. “For millenia they have stood and stamped it out. When it slips it’s binds, even a little, it spreads famine, it devours empires, it overturns rightly apointed princes and unleashes plauges. The thirty six lords here must, therefore, bind and strike the beast or inflict its suffering on the world.”

Your servant insisted there must be another way to deal with the malcontent. He was told there was not one. Your servant again pleaded that the child was crying. Your servant was informed that one often cries out when struck with lashes. Your servant continued until his guide held up his hand and infromed your servant that there was nothing to be done. Such was the nature of the world, that thirty six righetous lords must inflict such punishment on the king of dreams until the end of days.

Your servant was then escorted out, but found the sun to have risen when he set foot on the edge of the stairs, and the silence of the night replaced by the clamor of Cairo. By some old magic, your servant believes he was in the end transported, back whence he came.

Your servant would suggest, humbly, some force move to the south to liberate the children sentenced to blood beatings. But he is uncertain if such a child is existent. And that aside, your servant recognizes the animosity of those regions have more pressing and immediate concerns. He sends only his humble advisement.

Your Right Hand and Clear Eye,

If this story was of interest to you, consider reading earlier exploits of our lost scholar here, and here.

One thought on “The Immortal[Imperial] Rites”