The Resulting Story: The Brand of Nasht

We begin this week with an interesting pair of names that are of note in the world of the Mythos: Nasht and Kaman-Thah are the priestly guardians of the Dreamlands of Earth, preventing the unworthy from journeying there in slumber. This role lacks the sinister overtone that Lovecraft has here described; all accounts point to Nasht and Kaman-Thah being beneficent forces of caution. Digging around the paragraphs or so dedicated to them in the Dream Quest for Unknown Kadath, we find a few suggestions of where to go. They wear crowns of Egypt and have at the center of their temple is a pillar of fire that seems to reference Zorastrian fire shrines. Mr. Lovecraft’s interest in magicians of the middle east—hardly a unique topic for his time—is well noted.

However, the use of names might provide more of a resource. Names are things with no small amount of power. The real name of an individual can grant power over said person. Isis gained power over Ra by means of learning his true name. Ra in turn formed the gods from naming of his limbs, according to the Egyptian Book of the Dead. These names can be invoked for the safety of the travel into the world of the dead. The name of a god invokes their power—it is in the name of the Father, the Son, and the Holy Ghost that Catholic and Orthodox rites are preformed, for instance. The inability to name or create image of the Abhramic God is precisely because of this power wrapped up in names. 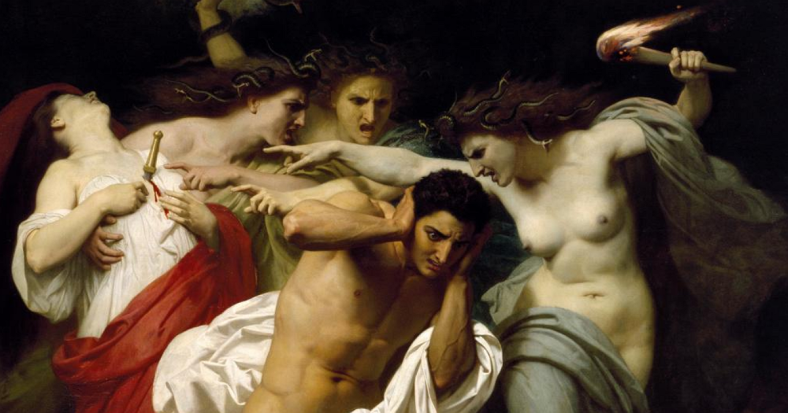 This power of names and the divine extends further into mystic and magical arts. Writing the name on pieces of lead and burying it in the ground was a common way to lay a curse on someone in Greece and Rome. The recitation of names is key in conjuring forth demons in the Goetic arts. In the Odyssey, the name of Odysseus has to be learned for the curse of Polyphemeus to lay hold on him. Without the name, the curse couldn’t find its mark and be grounded in the world. Names are often changed for the sake of politeness: The Friendly Folk and Kindly Ones (the fae and furies, respectively), are named not so much for accuracy as for appeasement.

The names of children are of special importance. Many cultures take pains to wait to name the child, especially in regions with high infant mortality. The role of Christening in some countries doubles as protecting the child and marking the child as a social being. The child becomes more real when named. Naming a child after an ancestor honors the deceased and builds protection. The Netsilik and other Inuit people invoke lengthy names, therefore, so that a newly born child has a number of protectors. New names are added to the child’s birth name as life goes on, helping further protect them. 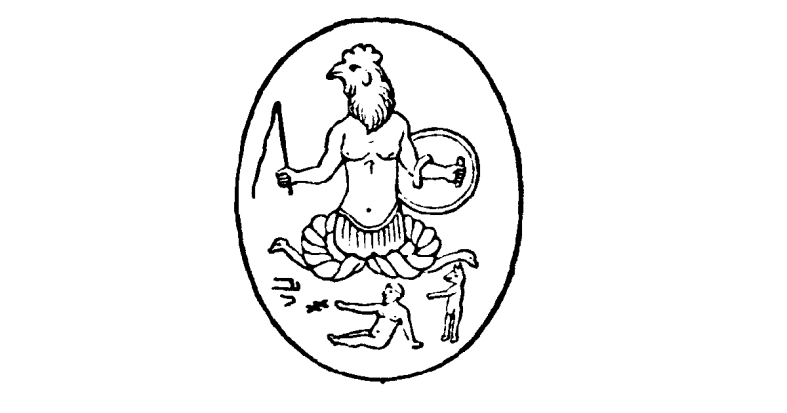 Amulets in particular often have names inscribed on them, in order to ensure the protection of the depicted figures. Amulets may have gods themselves, saints, and so forth. The most memorable of such entities, for me, is Abraxas. Abraxas is a rather strange entity, a god or demon or aeon or perhaps the God, who we know chiefly through amulets that display his form: a man with a rooster’s head and snakes for legs.

The Olympian Spirits—not to be confused with the Olympian Gods of Greece—also provide power by engraving their names on objects, granting long lives, familiars, and other mystical powers. With proper preparation, these strange entities are formidable tools of magic indeed. Sadly, whatever tradition they belong to appears lost to history. 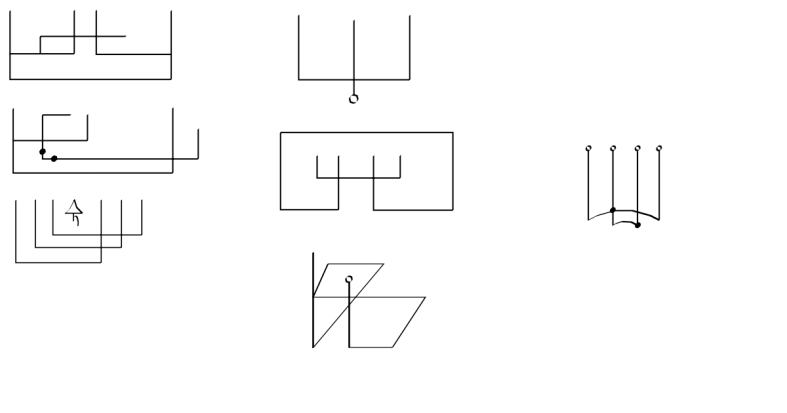 Symbols of the Olympian Spirits, for use on amulets.

Other times, the actor takes on the name and role—and thus power—of an entity by assuming their name and a mask. This role, often taken up by priests, could give insight into our ensuing plot where one becomes the named entity for a duration of time.

The name then has mystical and magical import built into it. But the problem is greater here, in that theses names we are given are sinister, left handed and wicked. What does it mean for a name to be sinister? Is it a wicked sounding name? In all likelihood, that is what Lovecraft meant, but that is a boring answer so I’ll ignore it.

Hephaestus, the occasional employer of the Dactyls.

As a brief aside, while digging for information on name invocation, I came across an oddity. Now, its fairly well known that sinister has its roots in the Latin for left handed(sinister). The act of theurgy, sorcery, and demonic invocation traces itself back, etymologically, to the left hand Dactyls. This connection, while tenuous, seems like it could be built on. After all, Egypt and Babylon have sorcerer connotations to some (we discussed the implications of that here, in case your wondering). Names then could wrack strange effects on the world.

Another answer is that these names are emblematic of wicked or dangerous powers. These are sinister names, in that they are names not meant to be said or they will draw unwanted attention when invoked. A curse or a demon swear. The names, when given or spoken or taken, work some disturbing change on that which they touch. We can consider the various names that mustn’t be said in this category. Hastur’s supposedly dangerous name, for instance, is in this category.

Another possiblity is that the assumption of this name brings about something sinister. By becoming, in a very real way, Nasht or Kaman-Thah, the person becomes wicked or inclined to wickedness. They become something like a demon by taking on the mantle of long lost powers.

That leaves what has happened. We could do a story that tells how these ancient names became sinster—what force or history made them so corrosive? Alternatively, the names are inscribding on a tablet, a piece of paper, an amulet of some sort that afflicts the people who behold it or touch it. The names themselves are inciting and powerful implements, if mostly passive agents in the world. What effects they cause, what curses they bear are matters to be worked out.

I think I will take a different route. Instead of dealing with the horror at first and straight ahead, it would be better to come at the invocation and evocation of these dread names as things of the past. The utterances or history of these names, written and embodied in the world.

One thought on “What’s In a Name?”