This Week’s Prompt: 105. Vampire visits man in ancestral abode—is his own father.

The Resulting Story: Forth Coming

Brought to you in part by our patrons on Patreon

We’ve discussed the nature of vampires many times—in fact in the last six months, we’ve discussed it at least twice, once focused on the Philippines, once on the Balkans. For this third venture, I decided to move to a more precise examination of the Vampire as Family member, especially in the Romania. These vampires have something in common with their Balkan kin, but are strange and horrifying in their own ways.

One early difference is that not all vampires in Romania are dead. People destined to become vampires when they die can send out their souls or even bodies far from their bodies—akin to the story of the Jack we discussed last time, where a solider sent out his form with a playing card. These living vampires can be contrasted with the dead vampires that possess their corpses to wander out at night. There are other types of vampire we will discuss.

Like Balkan vampires, Romanian vampires often target their families. However, unlike most of their Balkan counterparts, reports exist of vampires returning home at night and doing house work or tending to children, even as they feed on them. And the life cycle of a vampire is more expansive than in the Balkans. A vampire, after seven years, will devour its whole family, then the whole village. Eventually it returns to life, and leaves to another country (or at the least, a place where a different language is spoken). Here, the vampire will settle down and start a new family, with children destined to also become vampires when they die. Thus, the vampiric plague spreads outward and onward, from one community to the next.

The signs of a vampiric fate are readily apparent. The most common is to be born with a caul, but others include simple wickedness among men and women, especially witchcraft. A child that is unbaptized will become a vampire after seven years, and its burial site will become unholy if not well looked after. If a pregnant woman doesn’t eat salt, her child will become a vampire. If one can break the fate of a vampire, the person becomes an omen of good luck. Suicides can become vampires as well, and have to be carefully treated to avoid that fate. Those doomed to be a vampire, in some reports, leave their bodies at night. Their soul emerges as a fly and goes about the world—a true vampire’s soul emerges as death’s head moth, which can cause sickness in a home. These can be pinned to prevent their escape or mischief, although most are unwilling to subject even a vampire to a second death.

Vampires have a variety of powers, even while alive. In one town, Michaela, vampire women were said to be tied to specific animals or phenomena from whom they drew power. Drawing this vitality is dangerous for the victim—a vampire who draws from bees may render them unable to gather pollen, and thus starve them. Another, more domestic vampire drained the power of bread from other households to make her bread the best anyone could manage. On St. George’s Eve they gather this power, either for themselves or for others—a vampire might gather beauty for a woman, rivalry for men, and so on. The women appear as red faced and dry, often in rags on St. Andrew’s Eve. The male vampires are bald and have hooves and a tail.

St. Andrew has a few other ties with vampires. One informant claimed that St. Andrew helped vampire women who had achieved their state rather than being born into it. St. Andrew’s Eve is also when they begin to travel the world, and are at their strongest (except wizard or witch vampires, who are strongest at the new moon). They weaken in spring, with either St. George’s Eve or Easter, no longer able to work as terrible powers as they once could.

The most dread vampire is the varcolac, a species of celestial vampire. These creatures cause eclipses, and bloody the moon when she is red or coppery. They appear as dogs, dragons, many mouthed creatures, and more when they go to eat the moon. Otherwise, they dwell in mortal bodies that enter a deep sleep when they sally out to eat the stars.  Their origins range from again cursed children to spirits born of dust swept towards the sun, and some of the stories are almost comedic—for instance, that spinning by moonlight allows them to ride the string up to the Heavens and eat the moon and sun.  The sun defeats them with the lion he rides on, while the moon is too strong to be so easily devoured. In one story, it is God that has given them this mission, to inspire penance in humanity. 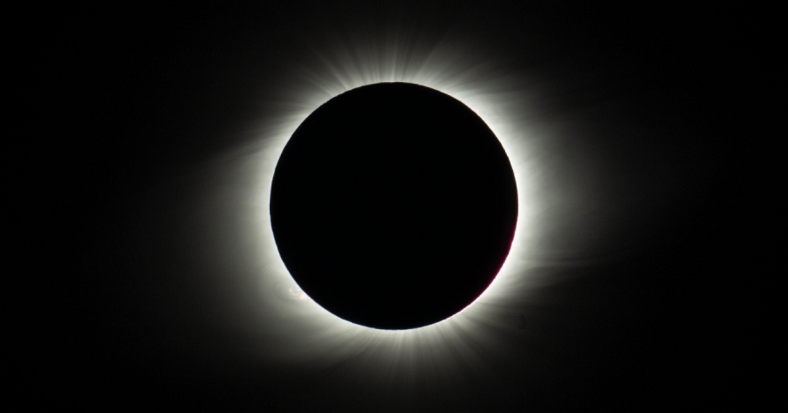 A recurring story in Romanian Vampire lore is the vampire who takes a lover. In one story, a young man and a girl were deeply in love, and carried on a tryst without the girl’s family knowing. Eventually the young man’s relations approached them for marriage—and were rejected, as they were very poor. So the young man hung himself and became a vampire, and continued to visit the girl—except the girl did not love him, evil spirit he had become.

A wise woman advised her to attach some yarn to the coat, and follow the thread. She followed him back to his churchyard, and waited at twilight. She then saw him feeding on the heart of a dead man. When the vampire confronted her about her delay, she denied knowing anything. Even as he threatened her father, she asserted she knew nothing. And so her father died. The next day, she again refused, and her mother died. At last, he threatened to kill her—and she claimed to know nothing. She instructed her relations that she was going to die soon. She asked to be held in wake near an opening in the wall, and buried in a forest not a church yard.

And so it came to pass. She was buried in the woods, and a wonderous flower grew over her grave. The son of the emperor passed by one day, and saw this flower—and took it with him, digging it up and transplanting it to his garden. At night, the flower became the girl again, and she and the emperor’s son came to be married. She would not leave the house, however, in fear of the vampire—except once, when her husband asked her to go with him by carriage. And there by the road, who should they pass? The vampire himself! She fled the carriage at once, and the vampire pursued, until they came to a church. The girl hid behind a holy picture, as the vampire reached to grab her. And then that holy picture fell down, and struck the vampire, rendering him to dust.

Variants on this story can be found, repeating the same pattern and tricks. A detail that isn’t mentioned in this version is the meeting on St. Andrew’s day. Some variants specify she can’t go to church for four years—and going early, her vampire lover murders her husband and son. Her grandmother provides the solution, with water of life and holy water—the first to revive her family, the second to murder the vampire. 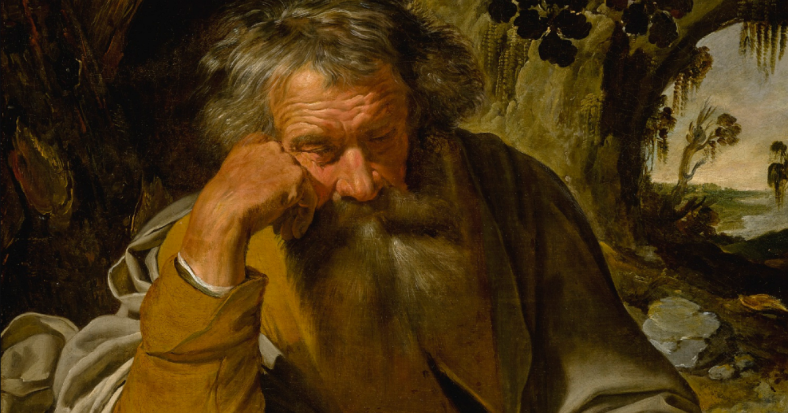 St. Andrew, wondering why he’s associated with all these damn vampires.

Another tale about vampires and women tells of how a vampire approached a group of girls at a river, disguised as a youth. He told such wonderful jokes and made such good conversation that the whole group could not help but laugh. But there was one girl in particular that he teased remorselessly, pinching her until she was black and blue. Such torment caused her to drop her distaff with linen—and see his tail. Realizing what he was, she tried to leave with her friend—but her friend’s laughter made it impossible for her warnings to be understood. So she fled into the woods alone( “into the forest as old as the world and as black as her fear”, which is such a lovely phrase). Her companions waited for her return, until it became apparent she was not returning. The vampire, enraged, demanded he be found—and when she wasn’t, he brutally murdered the other girls.

He then found the girl in the woods, and asked her to come with him—and in her state of shock and fear, she followed the monster to a hole in the woods. He asked her to descend, but she insisted he descend first. He agreed, and she trapped him with some linen before fleeing east to a house. Here she found a strange sight—a dead man with his arms crossed over his breast and a torch at his head. She decided to sleep her, and would have slept well if not for the pursuing vampire. The vampire arrived, and fought the dead man for some time, both vanishing when day arrived—for the dead man was also a vampire. Awakening three times in the night, the girl was terrified—except the third time, when she beheld the beauties of the woods. At last she left in the morning and returned home, telling her parents of all she’d seen.

And she began to sink into the ground. For the vampire had enchanted her, and she too had become a vampire.

This tail, a unique signifier of the vampire here, is the source of another amusing fact of Romanian vampires—when they wash, it rains. Unlike other vampires, for whom running water is a bane, Romanian vampires cannot drown and always float.  Kings would send their armies to bath during drought, in case one turned out to be a vampire.

The Romanian Vampire is much more a creature of nature than some its counterparts—we have a strong association with power over natural things (bees, beasts, and insects), we have them living in wild places, often on the borders of villages or in ancient woods. Some are great, terrible, even cosmic threats that consume stars, while others are much more mundane and lurking creatures. And their capacity, nay, fascination with family works well for this story. We anticipated this in our story about the returned father before—I admit, this prompt was on my mind even then. But this story I think could take a stranger, darker turn—the vampire’s Gothic roots and the notion of it as a hereditary condition are all at play in a way that was less relevant for the Balkan vampire. What horror will we weave? Come next week and see!

I’d be remiss not to mention that we discussed the fate of a very different vampire—a blood drinking dragon who could appear as a man—here on my Patreon, for 5 dollar patrons. You can get monthly research and stories, for five or one dollar each starting today!