This Weeks Prompt: 3. The shores of Attica respond in song to the waves of the Aegean.

The Resulting Story: A Letter to His Most Sacred and Imperial Majesty
Alright, so proper nouns: Attica is part of Greece, namely the region around Athens. The Aegean is the sea next to Greece, separating it from Anatolia. So, we’re back in the same region as we were for Demophon. 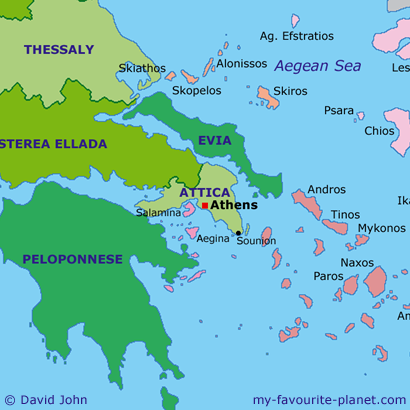 Except, this time, we’ll examine another portion of Greek history: The Ottoman Era. Specifically, the time between the Ottoman conquest of 1500 to the Greek War of Independence of 1821. This is a rather long era, but some broad commonalities existed through out.

Firstly, the Ottoman empire’s most infamous policy, child taxation. The Ottoman Empire was partly run by a group of bureaucrats called the Janissary, Christian children raised by the state and forbidden to have families. The Janissary were acquired using the Child Tax, which require 1 in every 5 children that were male and able-bodied to serve.

The tax collectors, who often collected said children along with normal taxation, were often in the upper strata of society (This isn’t as weird as you might suspect. If your not a land owner, tax collector is usually a decent job. The government often doesn’t notice if you’ve swiped some.). Greek’s, as most people, did not like the tax man. Or the Ottomans, for that matter. Greek monasteries played a key role here as well, as Orthodox Christendom was key to Medieval Greek identity. And while the Ottomans never forced conversion, they did demand the typical additional tax from non-Muslims.
In this climate, came one of the most fascinating creatures I’ve ever read about. Greek folklore at the time conjured forth the vrykolaka, a fascinating variant on the Slavic vampire. The vrykolaka has numerous attributes in common (powered by Satanic and nefarious forces, hungry, infectious, from a dead body), but some truly interesting original twists (body like a drum, limited vocabulary at times, crushing victims in their sleep). I would speculate that the origin of such a creature has a common cause in both Slavic and Greek fears: Conversion.

In modern times, the vampire is a frightful specter, but we seem to have forgotten that originally, the vampire was a lieutenant of hell. The bite did more than force you to walk the earth post-mortem. It was damnation and hell-fire. It was a forced violation of the soul by an embodiment of sacrilege. Now, the Ottoman Empire had many benefits, but it is hard not to imagine such a fear growing in Christians that were occupied at the time.

But back to the story. How to make Attica sing? Well, a rather peculair trick occurs to me: Caves. Caves, if of the right composition, can produce sound with enough air. There’s an interesting set in Iceland that produce rather strange noises in this manner.

And as for the waves of the Aegean…well, what would happen to the tone as the water rose? Deeper and deeper it would go. And things from the depths of the cave would rise to the surface.

I wonder, what corpse I can make inquiry of next week.

5 thoughts on “Greece, But Not As You Know It!”