This Weeks Prompt: 65. Riley’s fear of undertakers—door locked on inside after death.

The Relevant Research: A Buried Feast

Our estate sat on a hill not far outside of town. I’d been there only once, when I was a young man. It had been my great uncle’s fiftieth birthday, and in celebration ever branch of our esteemed family had arrived, packing the rooms with laughter and dance. Now with a lonely trunk I stood at the doorway, fumbling for my new keys.

I spent the day familiarizing myself with the rooms. The paintings had almost all been auctioned off after a season of funerals. It was amazing that it had taken so long for it to reach the roots of the tree—it cut away at the branches first, seeping up the blood lines until at last it made roost in the this hall. At the base and atop the entryways at angels, granite cherubs my ancestors had acquired on their Italian tours from grave stones. They always flanked a stone shield, our jackal headed crest long decayed away to the point of vanishing. 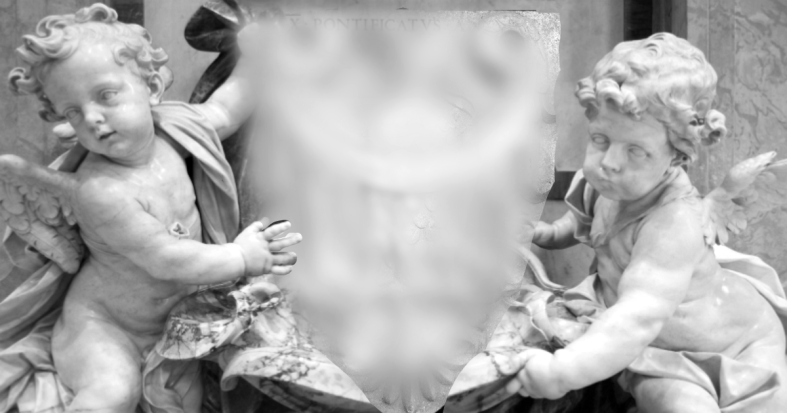 The view from the windows were of a rather ugly sort. The family cemetery sat not far off. While head stones did rise occasionally, most of the coffins were tucked into the face of a hill. Small carvings had been placed in front of their resting places, with engraved names and faces marking each of the dead. They rose in rows on the side of the hills, a crowd waiting for something.

Such ominous shelter would not be anyone’s first choice. Nor was it mine. In fact, had I any other place to call home, I would have sold such an isolated and abandoned abode. But I was not fortunate in business, and as such had little recourse. My disgruntlement was limited, however, as it was later explained to me that the will stipulated I hold it for a decades time before attempting a sale.

I’d met the undertaker and the grounds keeper shortly after agreeing to take up my family estate. The undertaker was an old man, thin and bent with age. He had been rather polite about the whole matter of the will. As the plauge seemed at last to have passed, he joked his buisness was in decline. I didn’t laugh.

The grounds keeper was a large man, of a jolly dispotion, who showed me around my estate. The woods not far off had once been good for hunting. Of course now he was not sure. Others had chipped away at it over the years. Still, he was proud to show me the gardens he had tended. The gardens he assured me were food for the soul.

The house was the sort that would take a decades salary to bring to proper state. It creaks wherever I step, servants having long abandoned its care when my great uncle was in the last days of his life. After eight hours, I feel I have scarcely begun to explore it. The last survey had been done a decade ago, before the last rooms had been built. Still, I had plenty of time for a full survey later on. For now I unpacked and got ready to relax for the evening. I lugged my trunk up the stairs to the guests bedroom.

The bed was in good, if dusty condition. In fact, of all the rooms of the house, it was the least disturbed. Laying on my own sheets and blankets, I took to sleep quickly.

A tapping came down through the hall in the middle of the night. At first it barely stirred me, but the insistence of this noise at last drew me out of my repose. Candle in hand, I set out to find it. The house groaned as my foot steps moved along. Down the stairs I went, looking for the tapping.

I first found a culprit in a loose door that the wind moved back and forth ever so slightly to make the clicking sound. I closed the door and fixed a chair in front of it, but the noise continued. Th tapping had another source. A window open ever so slightly that I thought closed, rapping on in the wind. I fastened this close too.

A strange sight was on the periphery of my vision—a shadow on the grass in the grave hills shadow. It moved fast and low to the ground, peering back for only a moment. A pair of eyes flashed in the night, and were gone in a moment. Squinting after them, I determined I had mistaken the men of the grave yard making their rounds for something more sinister. The evening fog obscuring them and the glint of the candle on the window glass had no doubt played on my sleeping mind as some sort of strange creature.

I returned to slumber after that, convinced that the noise was stopped. The next morning, however, I made a point of retracing my rounds. The paintings, those that survived, were still intact: The strange pale serpents, the portraits of family patriarchs and matriarchs in their neat rows around the dining hall, the great mountainous landscape of some lost travel. The shields, the stone cherubs. 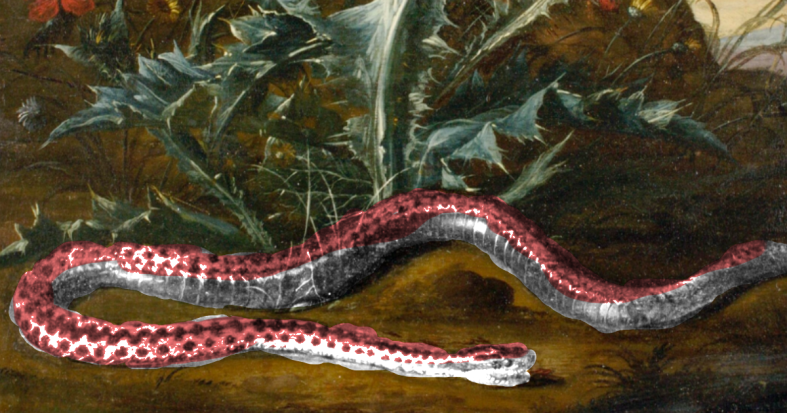 My inspection, however, made one new discovery. One of the walls had strange marks along the floor, scrapes. Vermin, perhaps, or some stray cat. These thoughts however subsided as I examined the scratches more closely. No. No, they had been made coming from the wall. Curious.

Passages in this home were not that unusal. Servants passages ran through this place like unseen arteries, once full of food and tea and the young blood of society when they wanted some privacy. The latch that was hidden long a column of the wall was thus easy to find. It opened with ease, into a stone passage that wound down. A cool breeze came through that smelled of grass and soil.

Captivated, I followed it downward. This was a differnet make then the rest of the house. It was carved lime stone, the erosion of years making it smooth an pourous. The inner skin of some vast creatures jaw or the teeth of a great maw as I descended. The breeze was a relief in an otherwise warm room. As I walked, I could make out faint carvings along the walls. But their meaning was lost to me.

What was not lost on me was the strange crypt I entered. There was a fire on the side, with a mechanism that kept it constantly fed long burning logs. In the center of the room was a raised rectangular platform, flanked on either side by two statues. The statues were strange winged creatures, armed with swords and axes, two in each crudely fashioned arm. The avian heads had expressions of sadistic menace and eyes that bore a strange likenesses to living hawks. I wondered, briefly, if the foundation of their form was not in fact a dead eagle. But that was not the most pressing matter.

The rectangle was a sarcophagus, even from afar. I had no doubt of who’s it was, for their identiy was carved into the rock itself. But how my great uncle had been buried here, in this elaborate mauselum was beyond me. But it was his face, perfectly carved and staring up to me with painted eyes. Surely. Surely, I thought, this was a farce. An elaborate ruse, laid to give future generations a false sense of importance. I found the seem of the lid and followed it, puling at the handle…

And it wouldn’t budge. I heard locks click inside, holding it fast. I bent over and saw no keyhole or mechanism for locking the sarcophagus. No way to opn it fast without damaging the facade. I headed up stairs, certain that a crowbar would do the job and that the affair would be settled. Whatever inheritance had been done away with in this joke would be resolved swiftly and surely. Lost in such thoughts, and of old aquaintances used to breaking into secure voltage, I returned to the room…to find it in ruin. 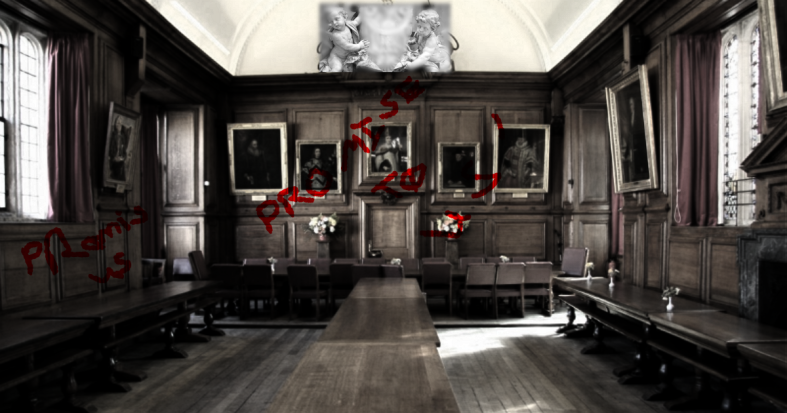 Something had come through and over turned the furniture and left claw marks along the walls. In broken red letters was carved, along the seats and beneath the crest “Promised to Us”. It was at this moment that two thoughts occurred to me. One: I had yet to ascertain how a cool breeze was coming up and out of the tomb. And two: If the lock could only be sealed from within…what unmentionable horror did it intend to keep out?

This weeks story is not one of my favorites. I considered delaying it a few days, in order to rework and rewrite sections of it, but I simply ran out of time. I think this is about halfway through the narrative proper. The story should divulge more I think of who the uncle is, and what these creatures are, more than just allude to them. In all, a story that could be greatly improved on with more work. If I had more time, I would probably cut back on the descriptions and add another voice to the narration.

One thought on “A Strange Estate”